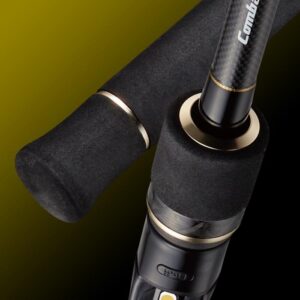 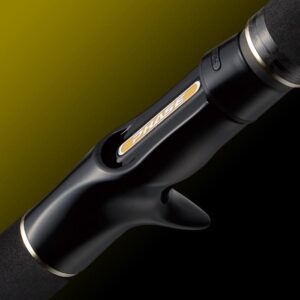 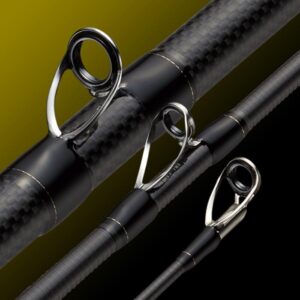 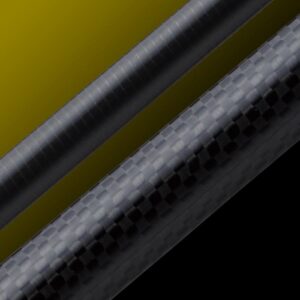 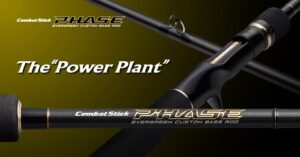 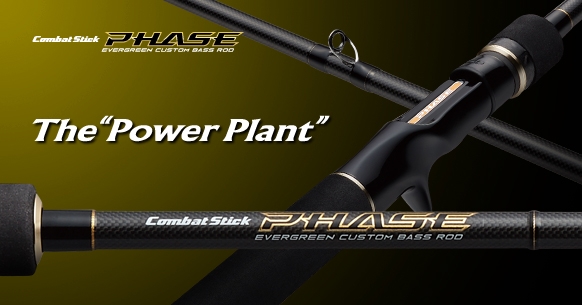 Shooting a Canadian algae dome at pitching, a reaction jig (bounce jig) at casting … A rod and power plant for aiming for a big bus in a heavy weed area.

The powerful shaft of the double extra heavy that is strong to the tip of the tip is not only for dragging the bus from the weed, but also for manipulating the worms and jigs sent to the dense weed as desired without losing its resistance.

In addition, the length that takes into account the height of the hitting point at the time of hooking, the instantaneous force that turns the fish head that is hooked at the same time as the hook, and the lure operability by rod action (total length 7 feet 1 inch, effective length 186 cm) However, weeding jungle fishing reduces the heavy load and stress on anglers.

In the heavy weed rod, where only the power to pull the bus out of the weed tends to attract attention, not only this point but also the process of manipulating the lure in the weed as important as the hooking-landing process is carefully considered. Byte-induced double extra heavy action.

Just to send a mouth to a big bus that is nervous, you can’t eat it just by sending a lure to the back of the weed. And to catch the big bus hung in the back of Weed. The power plant is a weed jungle special that balances power and operability. 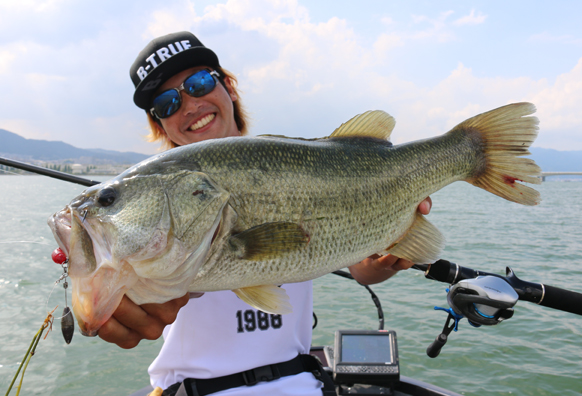 [Concept & Features]
Rod for aiming for big buses in the weed area and weed jungle.

The combination of ① and ② brings about the following benefits.

■ When
aiming at the inside of the weed where the bite increases (Canadian algae dome shooting, jumping jig, etc.), the line between the rod tip and the lure is caught in the weed in some places, and the refracted line is a rod action in a general rod The lure does not move as expected.

If you try to move it according to Angler’s intentions, you have to move the rod considerably large, not only physically but also because the refraction of the line is not constant due to the darkness of the weed, etc. It will also be a cause of surprise. 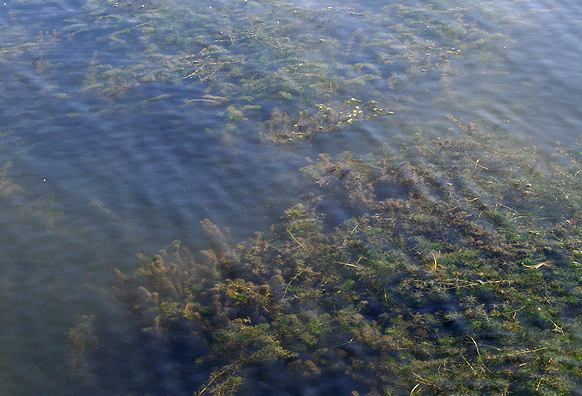 For power plants … Because
there is a strong tension to the tip of the tip and there is little power loss at the time of action, even a compact rod action can firmly convey power to the lure. So, with a single force, you can be given anything from a large movement to a delicate and subtle movement.

Because the line is refracted in the weed, it becomes a play and the white is secured, so the tip is too hard to play atari? Don’t worry about that.

Also, isn’t the hard rod burdened on the body? I think that some people are worried, but considering that repeating the operation of lifting the rod greatly all day to remove the weed with a normal rod, a power plant can be a compact movement, so the result is physical strength It will also help prevent wear.

Of course, just because a hard rod is good, the long rod from the late 7 feet to the 8 feet class, which is often found in XXH class rods, also requires a certain level of physical strength for the angler, so the length of 71 is not too long despite being XXH hardness That’s why it can be said.

■ If
you keep talking about how long the catch rate will increase, if you just lift the bus from the weed, the longer rod will be advantageous, but if it is too long, the operation will be slow, the lure will move too much, to handle Demerits such as needing physical strength occur.

In addition, since the swing speed is slower than light and short rods, it may take some time for hooking power to reach the lure after hooking. Doing so will give the fish a chance to run, making it easier for them to be wound on the weeds.

For power plants …
XXH hardness 71 (effective length: 186cm between trigger and top guide) is not only the last length that does not lose sharpness when operating the lure, but also the instantaneous power of hooking, lifting power, etc. The best place to see the overall balance.

Since the initial speed of the swing can be made faster compared to the long rod in the latter half of the 7 feed stand, the time that power is transmitted to the lure after entering the hooking operation becomes faster, and the fish head can be directed to the angler side from the hooking at once . It also makes it easy to pull out from the weed without giving the fish a rampage. Not only lifting power but also the speed of lifting is important. This will change the catch rate. 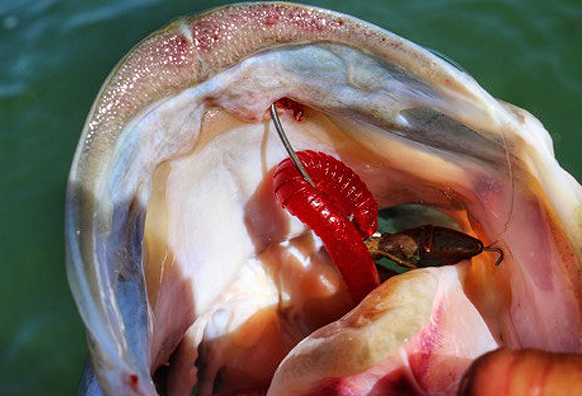 ■
If the ball is wound on the weed, even if it is a rod with bat power, but the tip is not stiff, even if you intend to bend the rod and put a lot of pressure on the fish, Then, because of the refraction of the line, the force is not transmitted as expected. So you can afford to shake your head and fish easily.

If it is a power plant … It
is hard to loosen the line because it is hard to the tip and it is easy to put pressure on the fish with the whole rod without losing power. So, even if it is wound on a weed, you can always put pressure on the fish without giving the fish a head to shake, so if you endure in that state, the weed will cut with a torqueful blank power. Or pulling out the whole weed leads to a reduction in looseness. 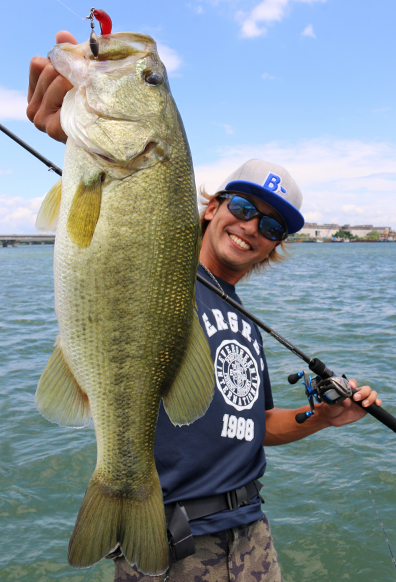 ■ Best match for Little Max Heavyweight tune model
The classic Little Max in winter, especially 3 / 4oz, which has great pulling resistance, and 1oz can not lose the tip, so you can move it with light force. In addition, since the power of the tip is directly transmitted to the lure, the movement immediately after the fall is accelerated, and it can be appealed without waste from the bottom and the result byte increases.

It is also possible to hang reaction short bites that are hard to breathe in with metal vibes and rubber jigs in winter, with the hardness of the tip. 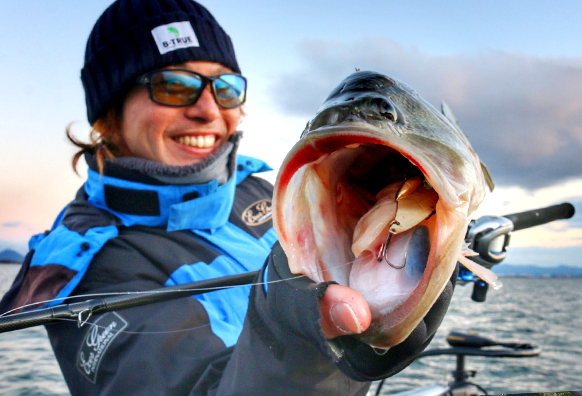