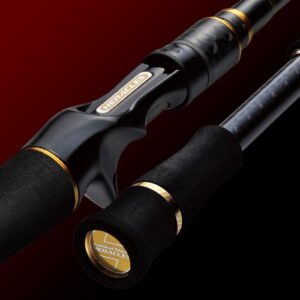 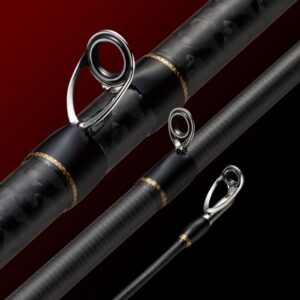 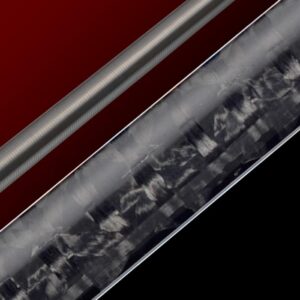 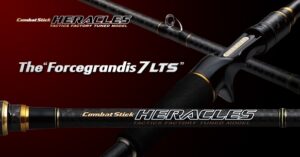 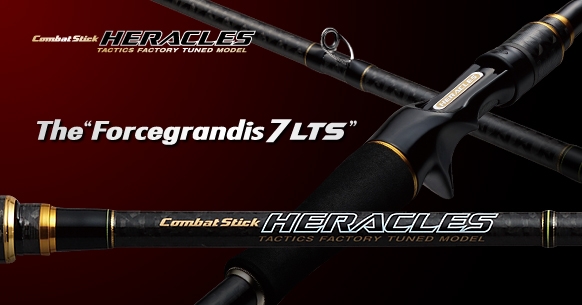 The Force Grandis 7LTS is a medium-powered seven footer that excels both in scrolling and shooting. Features common to the LTS series are foregripless, blank touch reel seat, semi-micro guide multi-point, and Hercules cross 4-axis reinforcement extension. While strengthening the bat power and increasing the torque, it has achieved a lighter and higher balance and increased sensitivity.

In particular, the multipoint semi-micro guide setting, which is characteristic, places the original guide in the bat direction according to the bend curve of the blank. In addition to reducing weight and increasing sensitivity, the instantaneous force is distributed and received by the entire blank, and the power and torque of the entire blank are pulled out to the maximum without any loss.

In addition, the Seven Footer LTS series employs an unsand finish from the tip to the bat section, contributing to better swing-out, balance during operation, and further sensitivity improvement.

In the Seven Footer LTS series, the most suitable rod for winding is Force Grandis 7LTS. A series of processes from long casting to hooking of spinner baits, buzz baits, and swim baits can be performed smoothly. For fishing to shoot at the same time, it is also a rod that pulls out a debass from a spot that has been knocked out, such as by shooting a small rubber or snagless neko rig cover using a 10-14 pound line.

In order to conquer the tough era, especially in shooting, compared to ordinary medium power display rods, lighter rigs, side surfaces as competition rods that can continue to be used comfortably even with narrow lines, and scrolls The force grandis 7LTS is a rod that also has versatility as a super-okapari rod that can handle shots at a higher level. Please feel the comfortable cast feeling, the riding condition against the sharpness, the lightness and accuracy.

Based on the Force Grandis 7 blank, the 4-axis reinforcement is extended from the original guide to the next higher guide. We further refined the strong bat power. In addition, the blank above the bat adopts an unpainted unsand finish. We realize lightness and operability that we cannot think of 7 feet and contribute to improvement of sensitivity.

Guide system
Adopts a unique semi-micro guide setting (all Fuji titanium frame SiC ring guides) with the former guide in front. This setting reduces the loss of bat power and makes full use of the potential of blanks. At the same time, lighter weight and higher sensitivity are realized with the smaller guide diameter.

Grip & reel seat
EVA separate grip pursuing light weight & operability & durability. The foregrip has a simple structure with a 4-axis carbon sleeve for direct touch feeling and light weight. The reel seat adopts Fuji ACS with an offset design with improved gripping support such as main trigger and second trigger. The grip end is fitted with a combination color ring with Heracles’ initial H as a motif and a Hercules original end plate showing quality.