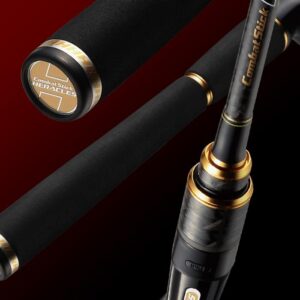 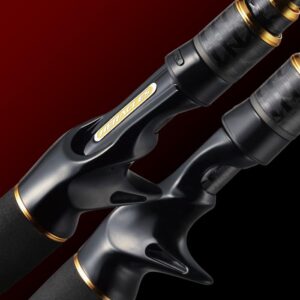 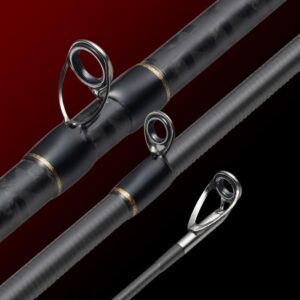 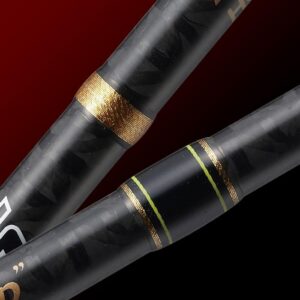 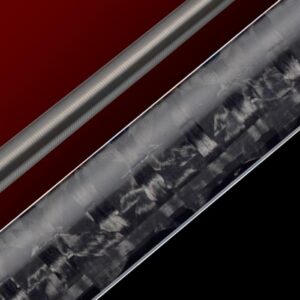 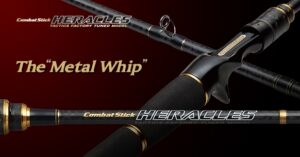 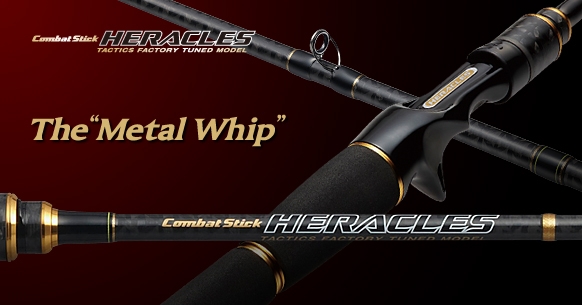 The performance demanded of metal whip eliminates the feeling of weight, increases sensitivity, casts light lures easily, and has sufficient power. Initially, it was developed as an aggressive eating down shot special, but it was finished in a rod that can be applied to an extremely wide range of warming such as Light Texas, as well as fast moving such as light weight crank.

Metal whip is characterized by slender, blanks with metallic tension. At the same time as providing a crisp operation feeling and excellent sensitivity, it has succeeded in reducing hookouts and line breaks to the utmost without causing the bus to be rampant by “bending” instead of “stopping”. The overwhelming score in the TBC tournament of Mamoru Okita, who was involved in the development, tells the story.

In addition, original settings such as semi-micro guide settings with increased numbers and a 4-axis Hercules cross-increase Hercules manufacturing method that suppresses power loss in the torsional direction strongly supports the theory of bending. It’s not a power game or bait finesse. Offensive sharpness versatile that Mamoru Okita trained in Tone River. That is “Metal Whip”.

The low resin carbon material is arranged in a thin low taper that is different in the Hercules series. A blanks design that provides sharp operation and excellent sensitivity, and at the same time reduces the hook-out and line breaks to the limit without bending the bus by bending. In addition, the 4-axis Hercules cloth is more than usual, and the butt section is greatly reinforced by applying from the reel side to the second guide part in front. Suppresses the torsional power loss that tends to occur with a large bending rod. The blanks have a naked finish unsanded finish that highlights the sharpness (except around the logo).

Guide system
Semi-micro guide setting (all Fuji titanium frame SiC ring guides) is used. With an exquisite setting with an increased number of guides, “bend” prevents interference with the concept blanks, making full use of the potential of the rod.

Grip design
Employs an EVA grip that is shaped to enhance operability and balance. The fore grip has a simple structure consisting only of a carbon sleeve with a 4-axis quattro-cross, providing direct touch feeling and light weight.