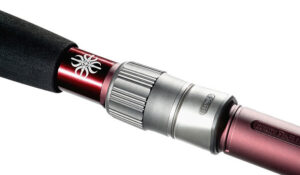 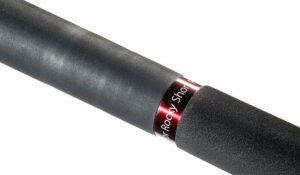 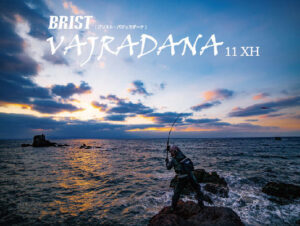 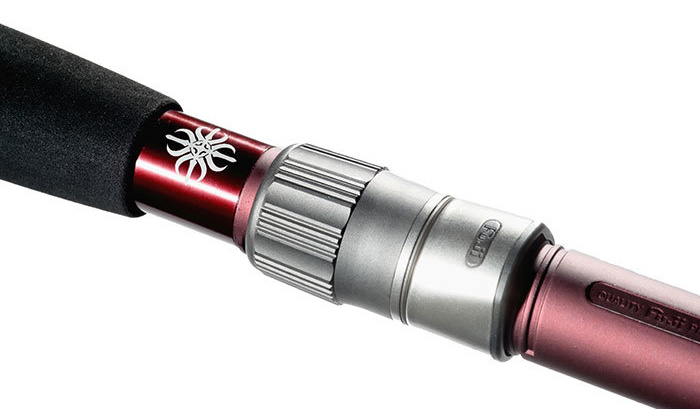 Engraved with an ancient Indian weapon (Vajra) as a motif.

“ Taking a sailfish from a cormorant is my dream since I was a kid!” Uemiya came out three years ago. It was a drink seat with Akatsuka who came to the Kagoshima expedition. That led to Fishman opening up the world of “Sakai Bait”. As a first step toward that dream, the “BRIST VAJRADANA 11XH” rod for exclusive use of the bragging is completed. The biggest feature of this rod is the ease of casting. There is a big difference in the length of the lure hanging between the case where the back space is sufficient and the take back can be done firmly and the case where it is impossible. The gap becomes the slip point of the spool, which leads to backlash. In that respect, this rod has a relatively soft and sticky tip, which gives a wider release point. It succeeded in producing easy cast performance.

Fighting with a bat that is too stiff tends to lose balance and can lead to life-threatening problems on steep reefs. However, VAJRADANA is set to increase power as the load increases from berry to bat. Emphasis is placed on making it possible to respond with a strong habit. 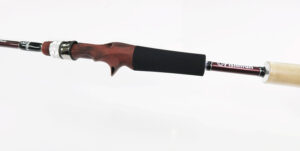