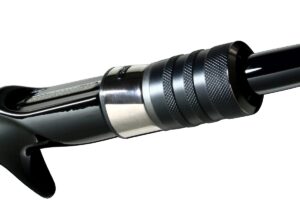 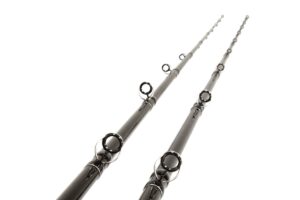 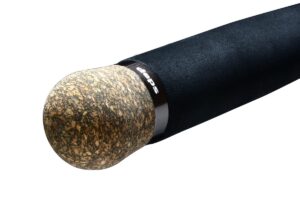 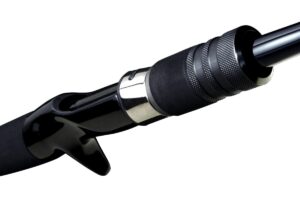 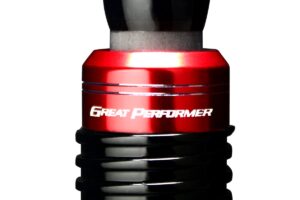 In the glass rod, it has a length of 7 feet to decide the cast to a severe spot, to reduce excess stack and make it easier to cut weeds, and to ensure hookup to the upper jaw of the big bass even through the cover. The hardened blanks were sought after for the purpose of more aggressively and efficiently manipulating first moving lures such as crankbaits and vibrations.
Spiral setting that combines “T-KWSG” with T-MNST ocean top guide and #2~#6 guide eliminates power loss of glass rod which is easy to twist, and fully draws out the strong torque of the original blank. The intended setting.
An aggressive glass rod that makes full use of the torqueful bend that is unique to glass rods and allows the bass to float without shaking its head after being hung.