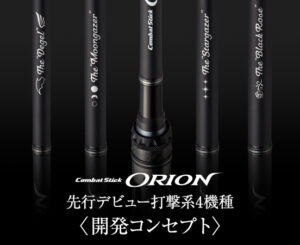 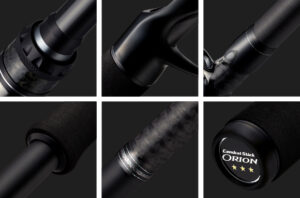 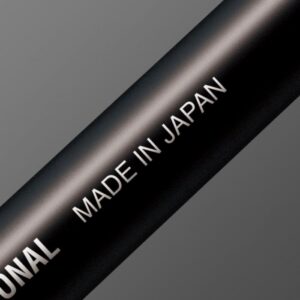 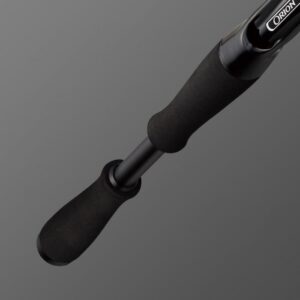 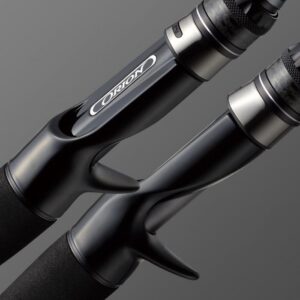 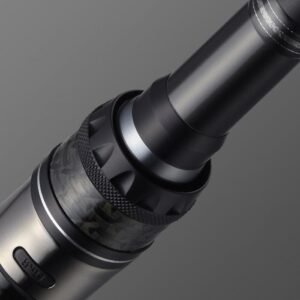 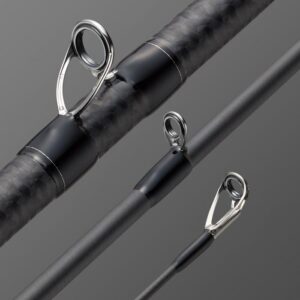 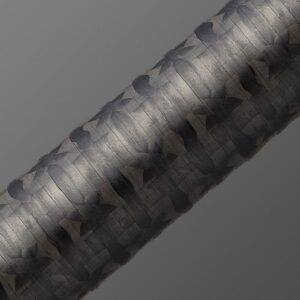 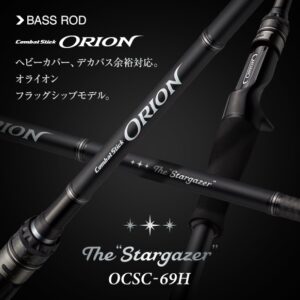 Orion Flagship, Stargazer. A 6-foot, 9-inch heavy action that embodies the conflicting elements required by jig chief Toshifumi Kikumoto. It is lightweight while having overwhelming power that big fish comes out from the cover just by enduring it. In jigs and worms that continue to shoot endlessly and make heavy use of vertical rod work, lightness is an advantage for reducing angler fatigue and maintaining concentration. Especially considering that you can shoot with a heavy power rod all day long. Stargazer that is even lighter than

Hercules 69H and 69HLTS . However, the numbers in the catalog (total weight) are not just reduced in weight. Thorough pursuit of “actual weight balance” that can only be understood when the reel and lure are set and actually appear on the field. The weight of the blank itself has been reduced in order to achieve a high overall balance for the foregripless and separate lightweight grip. What’s more, surprisingly, it is also powering up at the same time.

Trading Card® T1100G + Quattro Woven Cloth regular taper. Slender and lightweight. However, the power to bend back is amazing. Moreover, there is very little twist. Power and tenacity hidden in lightness. In the actual battle test, I often experienced that the fish hung in the back of the cover, which I could not catch unless I picked it up, came out just by enduring it. In addition, the feeling of stopping the rush of big fish with the entire rod is another dimension. During the fight, the restoring force makes me feel smaller than the actual size of the fish, and I have lost the experience of “big!” For the first time after landing.

Its tremendous ability to bend back shows its superiority in the cast. It changes the bending into power, suppresses the power loss due to twisting, and shoots sharply. The ability to accurately carry lures in the distance with a stretchy low trajectory cast is very advantageous for shallow cover fishing, which requires accuracy through small gaps, especially for long distance pitching away from the cover. It can be said to be an element.

Also, even a light rig that seems to be out of the range of a heavy rod will bend according to the lure weight, so it is now possible to cover not only full size jigs but also 5g Texas rigs with this rod. Of course, the weight reduction of the rod itself also contributes to the ability to handle lighter rigs delicately.

The delicacy will also have a positive effect on increasing sensitivity. Fishing for jigs and worms that are premised on line slack. Moreover, in the cover, the line interferes with the branches etc. multiple times, causing slack to appear larger than expected, but even in such a state, the ability to catch the bite brings a great advantage in cover fishing.

And, instead of rushing with half-belief, by confidently rushing atari, a deep and reliable hooking that penetrates the upper jaw of the bass is decided. Since the firm movement of the awase is directly linked to the movement of pulling out the fish from the cover, the probability of catching a big fish that is rolled up with just a moment of hesitation increases.

In recent years, the number of situations where even a complicated cover cannot be eaten without attacking with a light rig has increased. However, you need the power to pull the big bass out of the heavy cover. The fact that it is light and delicate, so it can maximize its power. Here is the shape of the heavy rod that the times demand. 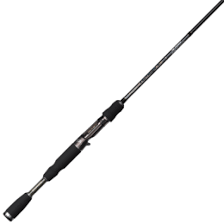 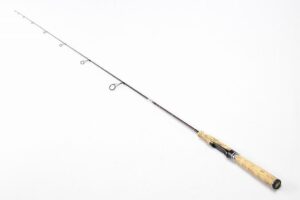 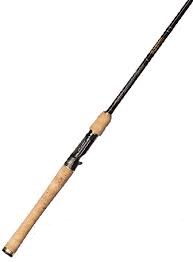 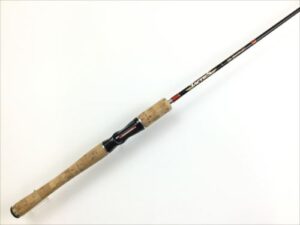