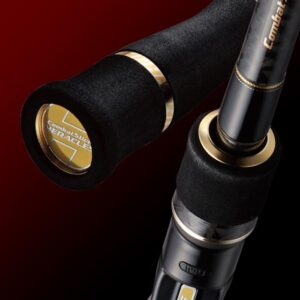 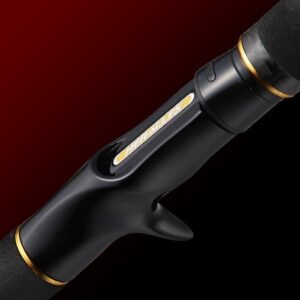 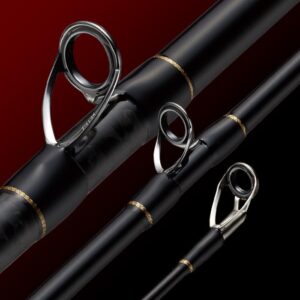 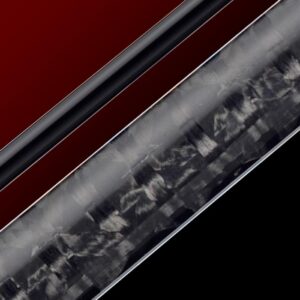 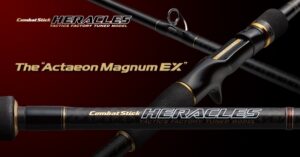 Because it has the power to use the giant bait, the torqueful thick blank that gives flexibility rather than the firmness of the gut can maximize the return force of the blank itself. , Reduce the burden on the body when casting heavyweight lures. Made it possible to continue casting Giant Bait all day. At the same time, its flexibility makes it possible to achieve a high hookup rate without playing precious bytes. And the blank characteristics that have been used to overwhelm many big buses with overwhelming power are just for big baits and giant baits.

The short and separate grips are set on the proven blanks to achieve outstanding handling performance that enables stress casting and line mending of big baits and giant baits without stress. The merit of being able to handle Big Bait & Giant Bait with higher accuracy in order to lure out monsters of MAX alertness and use their mouths is immeasurable.

Also, Actaeon Magnum EX is the best match for the Eight Trap fishing method, a technique that makes the bus crazy by writing a figure of 8 at high speed with rodwork against the bus that has been chase to the feet. After a quick transition from reeling to the eight trap fishing method with a short grip that is easy to handle, the rod work can be continued without stress with a separate rear grip that is easy to grasp.

And the flexibility of the blank works well even in ultra-close-distance bites where there is almost no line coming out from the tip generated by the eight trap fishing method, boasting a high hook-up rate without hitting the bite. After being hung, you will be able to follow the monster’s violent rush, but with the overwhelming torque you can lay down and capture the power of the masterpiece.

Big bait & giant bait fishing that tends to be about by lure. However, it is also the fact that it is the shortest distance to catch a monster bus. If such a big bait & giant bait can be handled with higher accuracy than ever before … Answers to monster hunters who pursue memorable encounters as well as records. A series of actions from Big Bait & Giant Bait to casting, action, hooking and catching. Actaeon Magnum EX.