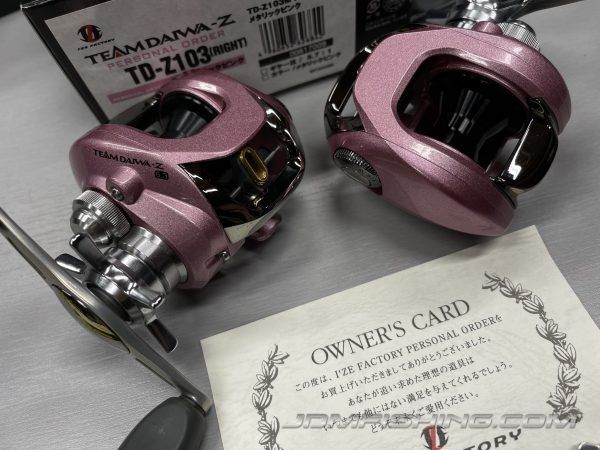 One of my latest builds put me in the crosshairs of some fellow enthusiasts that couldn’t co-sign molesting a true, classic unicorn. When I mentioned my plans to fully mod/customize a Daiwa TD-Z Metallic Pink Personal Order, I was met with some “resistance”, especially from fellow hardcore collectors/friends in the tackle world, but in my mind, it had to be done.

The metallic pink I’ze Factory Personal Order is easily within the top 3 when it comes to the rarest of this very special limited run from 2004. It’s uncertain exactly how many of this color were produced, as they were built to order during two short runs within that same year. The metallic, pearl pink paint wasn’t the most popular color out of the 9 choices offered to customers, but it’s easily just as beautiful as the others. The estimated smaller number produced meant that eventually…it would become far more rare than the other popular choices, hence, achieving that unicorn status. For me, the pink P.O. ended up being the most challenging to acquire…actually, it was the last one I needed for quite some time in order to complete the P.O. Family.

Little back history for those of you that may not know, the TD-Z Personal Orders are essentially the same reel as the TD-Z Type R+ minus the porting on the frame and these were offered in both left and right hand retrieve, as well as two ratios (6.3:1 and 5.7:1). In stock form, they were stunning for their era with casting performance to match. Light, stout, smooth…What’s not to love, right? Well, these gems did have a couple of “weaknesses”. One was the close-to-horrible drag system that would hop upon start-up, and was often less than smooth while enduring long runs from hard-pulling fish. The second thing?…the fact that they are not saltwater friendly. Those two less-than-loveable chracteristics stood out, but that tapered R+ inductor aboard the 34mm Gigas V-spool would become legendary and could easily make you forget about any shortcomings, at least for minute. Regardless, it’s safe to say that the TD-Z/Zillion frame/profile is one of the most iconic and cherished amongst tackle enthusiasts, but that’s a whole other can of worms.

After many hours, days, months turning into years spent hunting, I’ve been fortunate in that I was able to locate a pair of these (each at different times). So a NIB example remains stock, on the shelf with its owner’s card and pin, while the second would get the full makeover and will be fished.

I was waiting on a large order of parts to return from Cerakote, so in the meantime, I started to prep for the project. Upon tear-down I found the interior to be spotless, without any noticeable wear, which only further verified that the previous owner had hardly, if ever used it. All the grease looked fresh with almost zero displacement and I saw no reason to do a deep cleaning. Nice to have a fresh canvas to work with, requiring very little work in the way of cleaning on my end.

Torn down and rebuilt from the ground up…into the Pink P.O. we go… 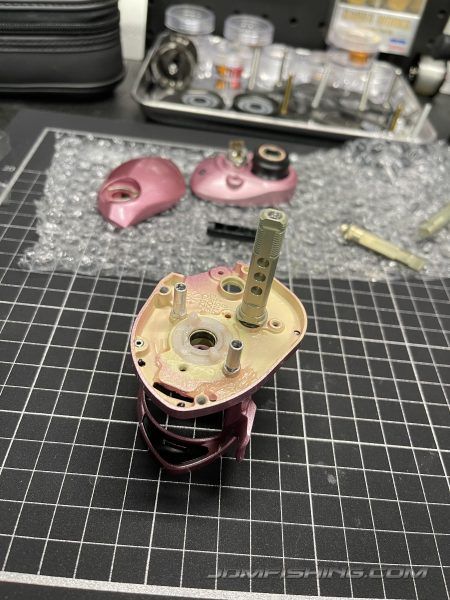 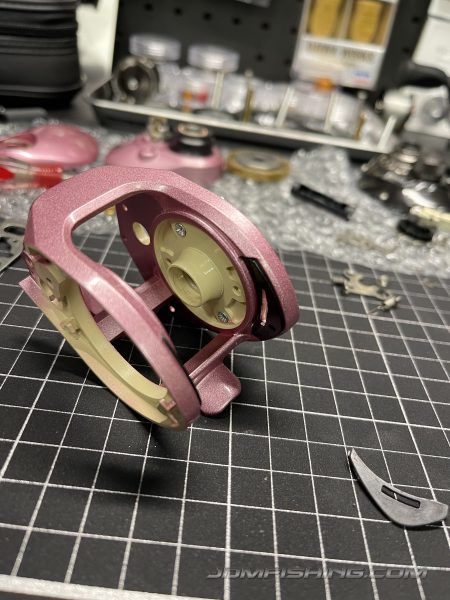 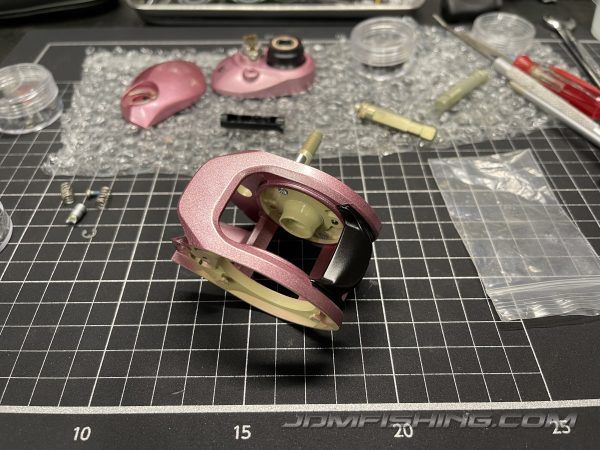 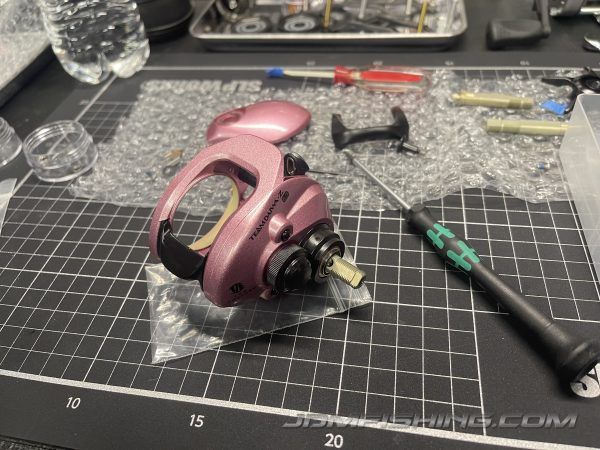 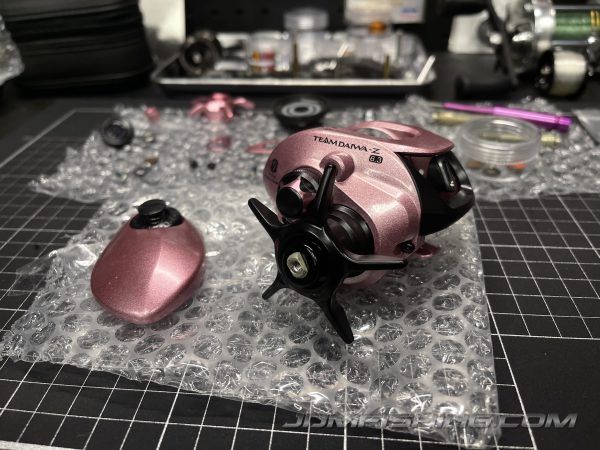 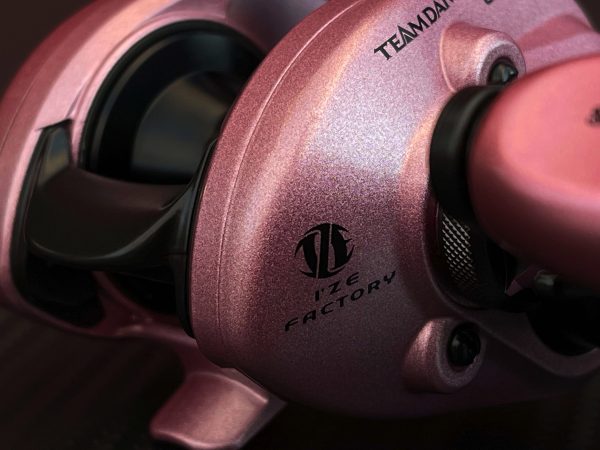 For me, it’s all in the details, such as black thumb bar bushings and a worm drive tube being taken from a donor SV103 which comes with black variants of these parts. The idea is to be absolutely thorough in whatever theme/color choices I make. As some of you may know by now…I like black accents as they tend to let whatever paint is on the frame/side plates really show itself off. The heavy amount black accents have become somewhat of a trademark with my builds and I plan on continuing this tradition somewhat consistently. Yes, I’ll mix it up, but in my opinion, certain reels just call out for this style of build. Hope you guys like it. 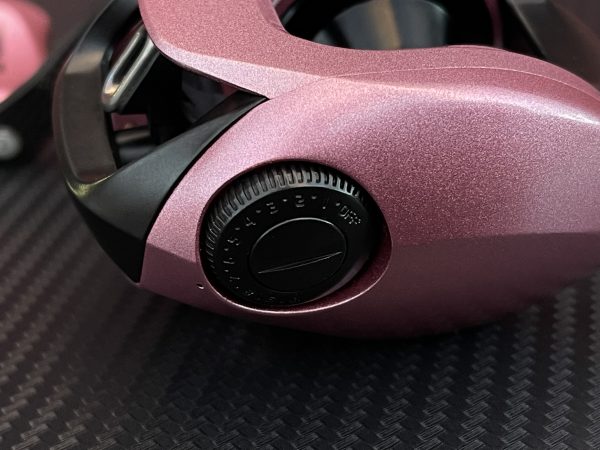 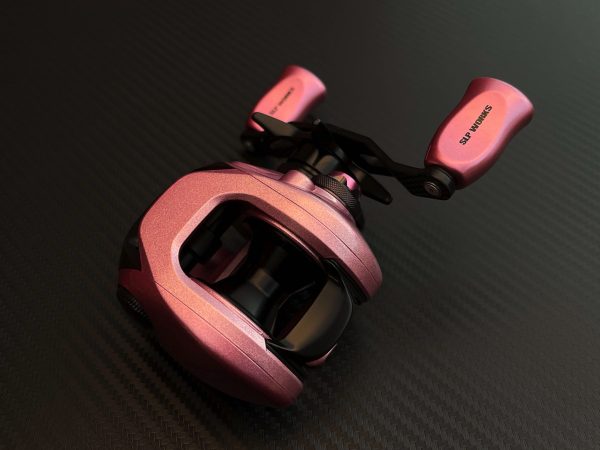 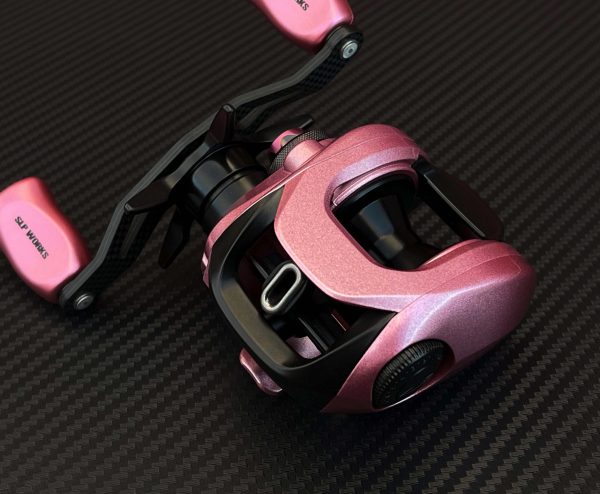 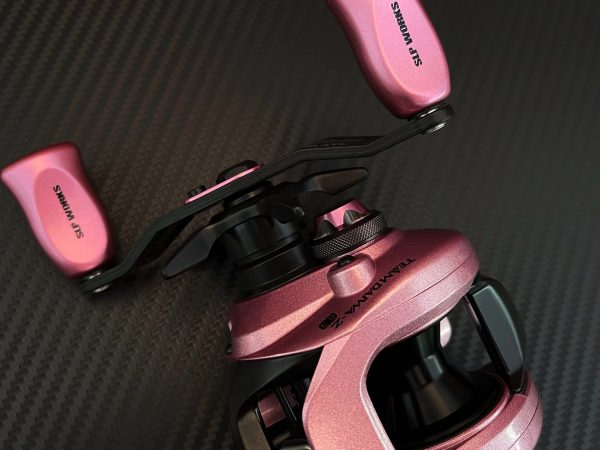 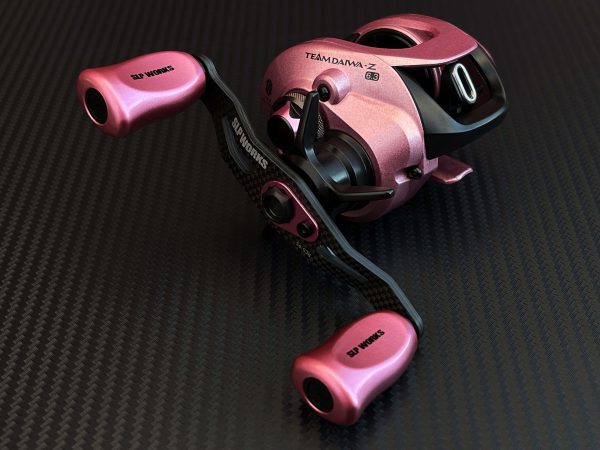 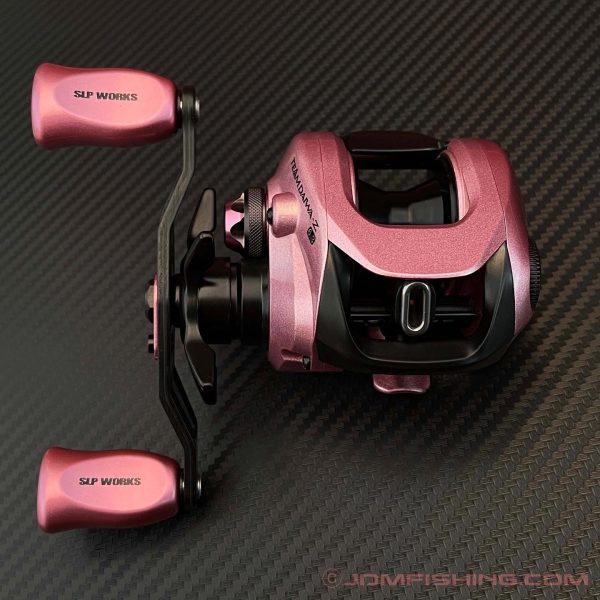 She’s a looker in my book and I look forward to some water time with her. Haven’t decided which rod will be the mate, but I’m thinking something with a lot of black and grays to not take away from this one. We shall see.