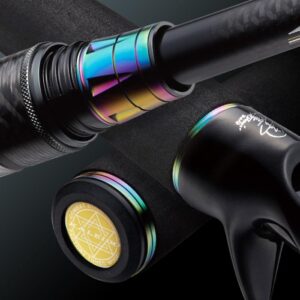 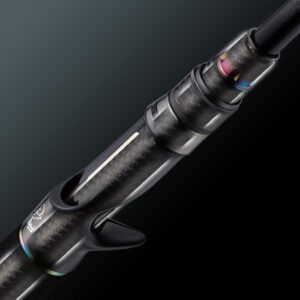 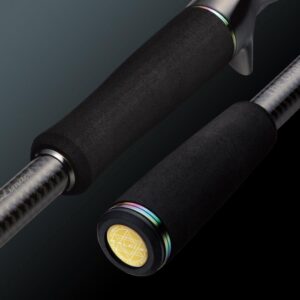 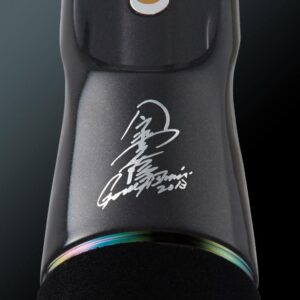 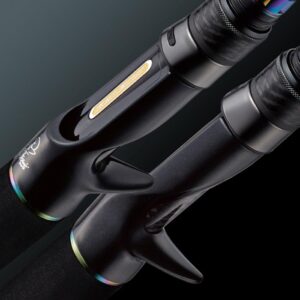 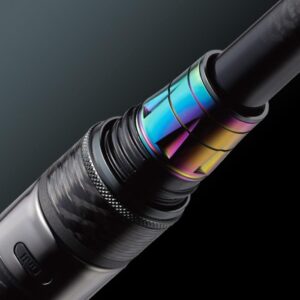 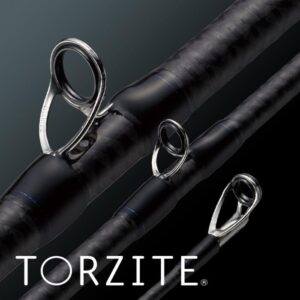 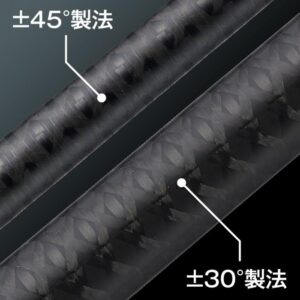 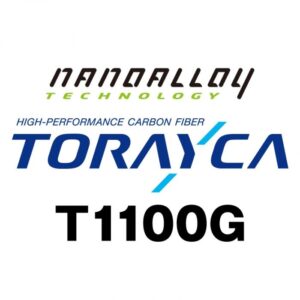 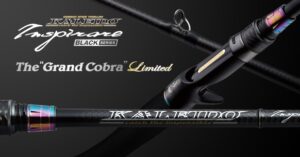 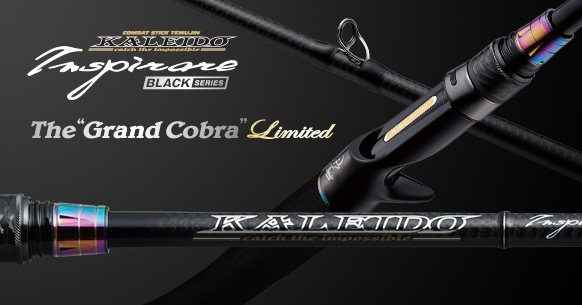 A 33-ton snake bites. A grand mix of high elasticity and medium elasticity. A new era versatile with stickiness, sensitivity and toughness.

In addition to tournaments, Katsutaka Imae has always loved bass fishing in undeveloped mountain ponds as a hobby. Walking along the mountain path with numerous tackles was a tremendous stress and trouble for Imae, who was trying to explore the unexplored area of ​​the Amazon, where Okakari in Noike, which sometimes reached Togenkyo at the end of intense Yabukogi.

“Is it possible to combine the performance of several rods used in Okappari into one?”

Imae, who is ideal for active shore fishing, began to develop the concept of a grand cobra, the big plug, that is, Noike Big bait fishing was a big success.

However, in addition to the basic ability of Occupali that can handle Texas rigs, rubber jigs, spinner baits and braided jigs, it can handle big baits that are plugs and swim baits that can swim. It was extremely difficult to design a rod that satisfies such a wide range of conditions.

A rod that can handle light-sized lures lightly, of course, lacks power and strength, and even a big bait cast remains. On the other hand, the power up of the rod due to the support for the heavy weight lure naturally increases the weight, and the lightness and versatility of handling a general size lure is lost.

In order to clear the challenge, I want a regular regular slow low taper design that demonstrates the power of the entire rod, not the fast taper. However, if a general medium elastic carbon is rolled up thickly, the taper is loose, so the overall torque and stickiness will appear, but the feeling of tipping will not be halfway. Nonetheless, the high elasticity material reduces the range of weight used and the ability to handle rolls and rides due to the crisp feel.

In the face of Imae’s too high ideals and demands, he was driven to the point of abandoning this concept.

In the process of suffering, the newest carbon material “Torayca® T1100G”, which was quickly incorporated into the test, became the biggest key to breaking through this concept. It is a state-of-the-art, high-performance, 33-ton carbon material that has achieved both high strength and high elastic modulus, which have been considered to be technically difficult.

This lightweight, high-strength state-of-the-art high-performance carbon sheet is intentionally wound thickly, and it has a high elasticity and lightness. Blank design. And the whole body quattro cross (4-axis) armed to reinforce the main shaft that becomes the core. The groundbreaking state-of-the-art carbon is used as the main material, and all the technologies we have cultivated so far are poured into it. After three years of development, it is finally completed.

We are good at full casts and low ballistic casts with 3 oz class big baits on blanks, and at the same time, we have the ability to carry swim baits and bites that suck in scrolls comfortably. And while having the operability to handle the 5 gram Texas rig lightly, it has a strong and muscular rigidity that always takes the lead in heavy covers and glass areas. A single “universal dream bait rod” grand cobra to be brought to Okapari, which has both dexterity and bone thickness.

Ironically, the high degree of perfection can be seen from the fact that Imae is frequently used not only for Occupali coverage but also for boat fishing and tournaments. Whether casting or pitching, swim bait, big bait, crawler bait, football, slow roll, zig worm, snake caro, etc … This is absolute evidence supporting Imae’s confidence and confidence.

The Grand Cobra, developed for use on the GROUND, has grown greatly over the past three years and has become a snake that descends to the ground as GRAND COBRA.