After 40 years of research on the braking system, we finally arrived at the optimal solution called ” SV BOOST “. That is the new DAIWA brake technology that has both the maximum flight distance and the control power that accurately suppresses backlash . In casting, the angler has sublimated into an epoch-making structure that can run ” BOOST ” for further long-distance casting performance while maintaining the excellent comfort performance of ” SV ” that can respond to any lure and every situation in the right place without stress . It is. The induct rotor, which can be said to be a symbol of DAIWA brake  technology, has evolved from the first-generation fixed type to the second-generation one-stage movable type and has long been recognized at the forefront. The 3rd generation has matured into a 2-step system with another step added to the existing movable stroke. One step for normal casting and two steps for full casting at once enables more precise brake control. Achieves a further increase in flight distance at both low and high revs. Comfortable performance that flies overwhelmingly above all and can be used without trouble. That advantage, NEW ZILLION, is likely to be repainted. The originator of the DAIWA magnet brake system, which continues to the present day, was born in 1982, about 40 years ago, under the name of “MAGSERVO”. Non-contact and electromagnetic induction type. It is a braking system that utilizes the eddy current generated by the rotation of the induct rotor in a magnetic field and the law of electromagnetic induction in which a force acts in the direction opposite to the rotation. The system that adopted this fixed type indactor later changed its name to “MAGFORCE”.

The beginning of the second generation was “MAGFORCE V” installed in the TD-XV and TD-SV in 1998. By adopting a variable induct rotor that can be moved by centrifugal force from the fixed type until then, the initial movement of rotation is suppressed and the elongation in the latter half is secured. In 2006, TD ZILLION installed “MAGFORCE Z”, one of the modern mainstream brake systems, which changed the bobbin winding surface from V shape to flat surface. Since then, it has been connected to derivative models such as “Same Long Distance Tune” and “Same PE Tune”, and in 2013, “SV”, which is known as another mainstream in modern times, was introduced to models such as STEEZ SV. The new material used for the induct rotor creates a milder matching with the magnetic field, realizing the long-awaited trouble-free angler. In 2021, the brake system of DAIWA Bait Reel, which has an induct rotor as its main axis, has finally entered the third generation. Further long-distance casting performance has been added to the brake system that has an advantage in the SV (finesse direction). An epoch-making mechanism that functions optimally in the finesse cast area by changing the induct rotor, which used to be one stage, to two stages. That is a masterpiece called “SV BOOST”.

The conventional SV spool is a brake unit that exerts the right braking force for all lures
by arranging a new material on the induct rotor that pops out when the spool rotates at high speed
.
Stable braking force that is neither too strong nor too weak
has permeated the world as a mechanism that always promises a safe cast.
DAIWA has the aims then, SV while taking advantage of the characteristics of,
the spool “to realize the other person growth in the second half of the cast SV BOOST was the development of”. The SV spool, which is the basis of the SV concept, will continue to evolve. That is a new future standard construction called “SV BOOST”.

The conventional SV spool is the name of a spool unit with an induct rotor that uses a new material. Its excellent material characteristics will enhance the ability to handle a wide range of lures from lightweight lures to heavyweights, and will be known for realizing trouble-free and nimble casting with lightweight and highly accurate spool performance.

However, the new mechanism, SV BOOST, is not just a spool unit. The evolution of the AIR brake system has made it possible to take the Stress-free and Versatile concept itself to the next level.

The biggest feature is the mechanism that the induct rotor pops out in two stages and controls the spool rotation with so-called “three-stage braking force”. By spring control, in addition to the existing stroke, it has the extra power of another stroke.

With the conventional SV + AIR brake system, the spool rotation is controlled by only two stages, ON or OFF. At high rpm due to finesse cast to full cast, the induct rotor is turned on to instantly pop out and control the initial speed. On the other hand, it does not pop out at low rotation such as pitching and keeps the OFF state, and even a lightweight lure rotates freely without being affected by the magnetic field.

The advantage of SV is that it always realizes trouble-free, and even if it is thrown with a light force, it shows a sufficient flight. It can be said that the rock-solid stress-free in a wide area of ​​practical bass fishing has surely captured the needs of modern anglers.

However, on the other hand, it was also a fact that the ON state continued until just before the landing with the control of only two stages, leaving unsatisfactory in the part of the last stretch. Because the spool is lightweight, the SV shows high rotation and stress-free braking force works, but at full cast, because of the high rotation, each person tends to strengthen the braking force with a mag dial to avoid trouble. It was. As a result, the growth in the second half of the cast was easy to spoil.

The induct rotor of SV BOOST reaches the braking force 2, that is, stage 3 at once during the full cast. Spool rotation 15000 rpm (* 1 minute rotation speed) or more instantly applies braking force to control excessive rotation. First, it avoids the back crash of the over-rotation zone immediately after the spool rises, but what should be noted is the variable stroke of the induct rotor that occurs immediately after that.

With the conventional two-stage brake system, the spool shifts from ON to OFF and the spool shifts to free rotation just before landing. However, SV BOOST is switched to braking force 1 immediately after controlling the second back crash zone due to spool over-rotation at the moment when the lure passes the top of the trajectory and starts to stall, and controls excessive braking. A weak braking force is applied in the range of 5000 rpm to prevent excessive line emission, and it is completely turned off just before landing. By gradually loosening the control without continuing strong control, he succeeded in gaining another increase in the latter half of the flight distance.

This three-stage structure is the greatest advantage of SV BOOST. Succeeded in fully utilizing the potential of high rotation due to the lightweight spool. There is no need to set the braking force too strongly with the mag dial anymore. Even with a slightly weaker number, SV BOOST worked automatically, making it possible to get growth in the second half of the cast without trouble. For light casts, the induct rotor is brake controlled up to stage 2. It goes without saying that the optimum braking force is maintained as in the latter half of the full cast.

SV BOOST is a new braking system that realizes even greater flight distance in all casts, whether at high or low revs. As usual, the trouble-free nature of SV remains the same. In the result of the flight distance test, it actually recorded a 4% UP. Here is the next DAIWA bait reel future standard that will realize further flight distance by growing in the latter half of the cast. 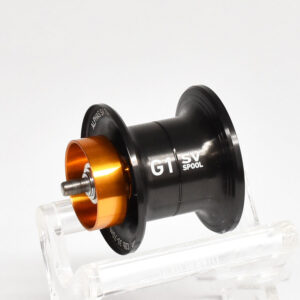 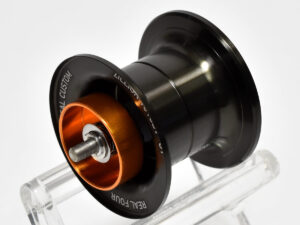 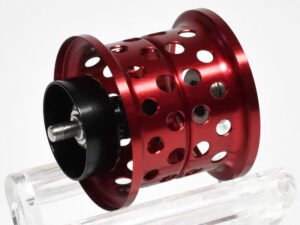 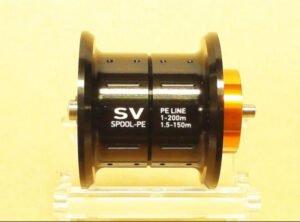 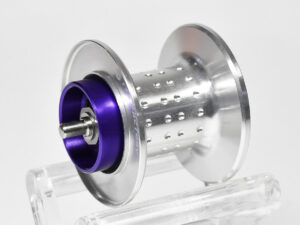 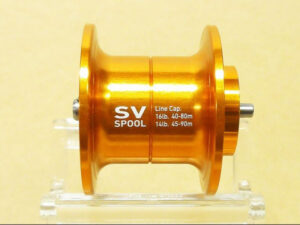 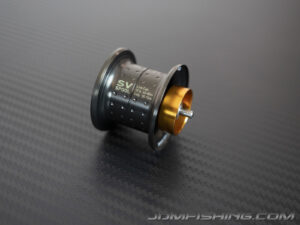