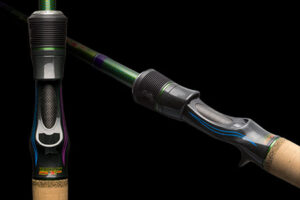 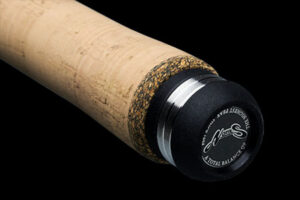 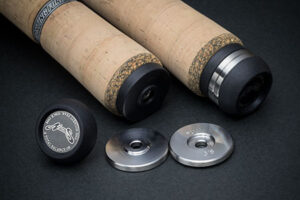 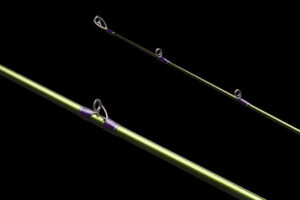 Tetsuo Tanabe says, “The hard bait rod is a “cast”.”

Aiming for casting accuracy that realizes a hard bait game with extreme precision. A trace line that considers the appeal of your lure, the distance you can notice the lure, the position of the bus, the direction, and the direction you can chase. The Road Runner Voice Hardbait Special is proud of its casting performance that allows you to make the ultimate attack with a single shot.

An appropriate elastic modulus that exerts an appropriate repulsion speed and extrusion torque according to the cast power. A variable taper that changes the bending depth according to the distance to aim. I usually decide a difficult cast until now. All items are designed with blanks that can be cast as your own accuracy, which was a coincidence until now. And at the same time, it is a carbon blank, but it also has excellent bite followability, surprisingly wide range of lure compatibility, high hooking rate and landing rate.
Seventeen years after the birth of the series, the performance that continues to increase its presence and the concept that does not shake because the pursuit of the essence continues to evolve. Fine tune as a hard bait special is added to the new setting that boasts a high track record in Road Runner Voice LTT. The flight distance has been further extended, the accuracy has been increased, and even lower ballistic casts have been made possible.
It bears that name again. “Road Runner Voice Hard Bait Special”.